Music In My Novel

July 08, 2018
I mentioned yesterday, that the novel, that I am currently working on, takes place in the early 90s and that it has been fun making pop culture references.

One of the things, that I have done several times early in the story is have the characters listen to music, that was popular and influential at the time.

Today, part of what I wrote included a character driving around listening to Pearl Jam. It interesting how some the song lyrics match up little elements in my story. Whether its mentions something about driving or being in a small town.

Music was such a huge part of my life, during that era. In a lot of ways, I found meaning in the music, that I listened to. When I was a teenager, music was almost a religion to me. That is where I turned, if I were happy, sad, depressed, or whatever. I would go to a CD that in some way expressed my feelings, that maybe I was unable to express, with my own words.

As I grew up, I still loved music, but it was a less important part of my life and identify.  Some of my best friendships in college were started by talking about music. It almost seemed like a test, that they had to pass, for us to become friends.

Popular posts from this blog 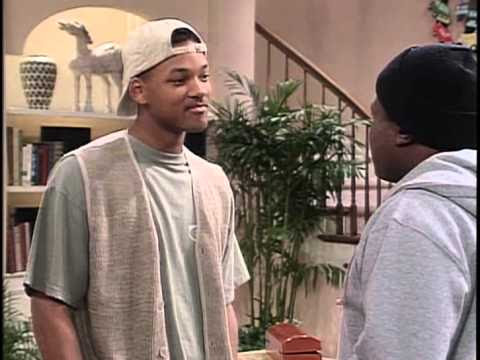 Growing up.  I was always glad that while Mother's Day happened while school was in session, and Father's Day did not.  I never wanted to talk about my dad.  When asked I would usually go with a lie.  I would say that my dad died before I was born, or something to that affect.  It wasn't even much later that I would actually tell people, that I never really knew my father.

The best representation that I have personally encountered in pop culture, was the Fresh Prince episode, which is now an internet meme.  His dad was a truck driver, which hit home with me.  His dad had abandoned him, as a young kid.  The one major difference, in the show, his father showed back up briefly which gave Will hope that they would become like an actual father and son.  If you're familiar with the episode, it ends with Will crying asking Uncle Phil what his dad didn't want him.

I found the last few minutes of the episode on YouTube.  Here's a clip, if you want to see what I'm ta…
Read more

July 22, 2018
I’ve heard that “On Writing: 10th Anniversary Edition: A Memoir of the Craft” by Stephen King is a great book about writing. I don’t recall where I first heard about it or who recommended it, but it was probably two years ago that it was first brought to my attention.

This afternoon, I looked it up on Amazon, and it was just a little over six dollars for the paperback.  I ordered a copy.

I assume, that King being such a prolific author for some many years, has lots of advice to offer other writers.  I will soon discover what he recommends.  I’ll most likely write more about the book, once
I have had the chance to read it.
Read more

Writing Because I'm a Writer

June 14, 2019
As you may have noticed, this blog is called "Writing With Jimmy." I am a writer, because I write. I am a blogger, because I blog. Those two things do not define me as a human being. Each of us is multifaceted. We all have varied backgrounds, experiences, interests, knowledge, expertise, beliefs, etc. What do you choose to define who you are?

In college, it seems that the get to know you question is "what's your major?" I had many majors in college. I would really have to stop and think for a while, to determine how many. I had two problems in choosing a major. I was able to do many things, so I had a hard time narrowing my focus. I also felt like I needed to find what vocation, that I felt called to do.

At first, I was an engineering major, I was good and math, and I knew that money could be made there. I quickly realized that I disliked complicated higher-level math courses more than I liked the idea of one day getting the big salary as an enginee…
Read more